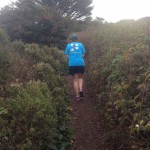 Hiking up to the peaks 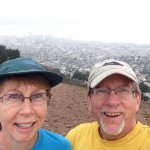 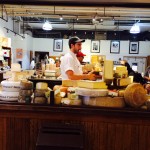 After a good night’s sleep, and a couple of drip cups of coffee thanks to Maggie Henderson who is letting us stay with her, she directed us to a hike up Twin Peaks.  We left her house and found the stairs up to the road that leads to a path and makes it up the first rise to an overlook over downtown San Francisco.  After meeting a young man who had just arrived from Korea and agreed to take our picture at the overlook, Sally joyfully tried every Korean phrase she knows before we headed up the 2nd rise to the top of the first of these digyzotic summits.  The down and up its sibling kept us climbing slightly higher with a greater panorama of the bay, the bridges, the breakers.  We turned around for the downward trek home.  Showers before heading downtown San Francisco.  We ate at a Mexican Restuarant, got some coffee and then walked the long stretch down to Pier 39, walked out on the dock, saw the Sea Lions and caught the trolly back to downtown where we will meet Maggie and our old friend, Diana Bell from Tallahassee days for a film festival at the California Historical Society Building on Mission Street.  Sally and I ended the afternoon sitting at a street-side cafe called the Grove where we drank wine and rested up before the big show. 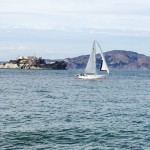 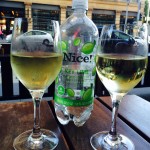 Toasting to a great day

One thought on “A morning hike to start the week”