Yesterday I visited Soweto. In 1977, when I was in college, I went to hear a South African woman tell the story of the uprising and brutal repressive response of the South African police force shooting into a crowd of students who simply were protesting that they were being forced to learn in a language that was not theirs. The Bantu Education Act of 1953 had required that all education in South Africa be taught in Afrikaans, a variation of the Dutch language and the colonial heritage of this country. 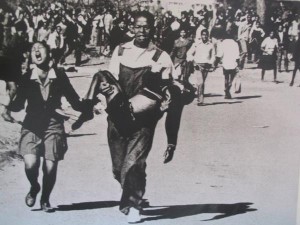 The first student killed was Hector Pieterson who is being carried in this iconic photograph from that day.  We went to the museum that bares his name to learn the history and understand this chapter in the long struggle for freedom.  It was an immersion into a history that I had heard about for the first time in 1977.

Later in the day we visited the home of Nelson Mandela, which was just down the street from the home of Desmond Tutu, both residents of Soweto for portions of their lives. 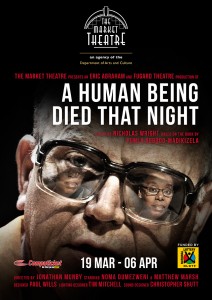 To bookend this emotional day, we went to see the theatrical performance of A Human Being Died that Night, based on a book by Pumla Gobodo Madikizela which tells the story of her interview with state-sanctioned mass murderer Eugene De Kock who was the architect of the killing of many in the resistance movement fighting apartheid.  This three person drama recounted his coming before the Truth and Reconciliation Commission and one of its members, Pumla, going to jail to interview him.  It explored how evil emerges and the human and even spiritual capacity to forgive. 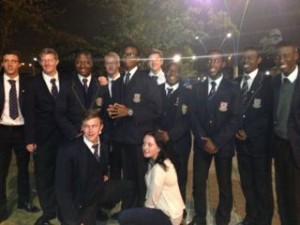 The day was not quite over.  In the theatre were 60 high school students, black and white and colored, happy and chatting as we left the theatre.  They were from an all-boys Methodist private school.  We caught up with them before leaving.

Our hosts for the day were Jack and Joan Scholtz, a delightful couple and leaders in the Methodist Church in Southern Africa for decades.  Jack, now retired was a former Presiding Bishop of the Church.  As were about to get in our car, Jack commented that that day we had seen the brutal past but upon meeting this diverse group of young men were seeing the bright hope of the future.  I have heard the quote from Jeremiah often:  “For surely I know the plans I have for you, says the Lord, plans for your welfare and not for harm, to give you a future with hope.” (Jeremiah 29:11).  Today I saw it come to life in a powerful way.