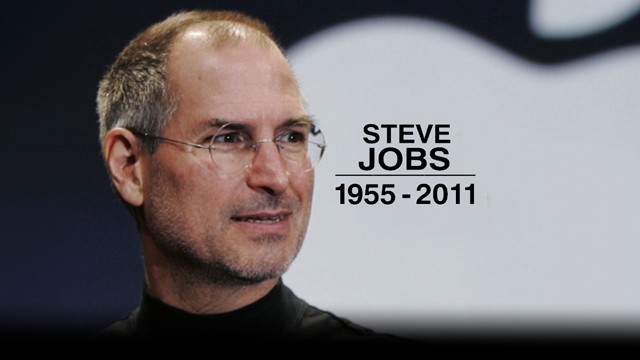 Thanks to ABC for this photo.

In May of 1984, I bought my first Macintosh computer.  My grandmother had heard of PCs and offered to help me buy one.  I went into the store fully expecting that I would walk out with an Apple IIe which had been introduced the year before using big floppy discs.  But the Mac had come out a few months before and it had a what-you-see-is-what-you-get (WYSIWYG) interface, the first of its kind and I was hooked.  There were only two programs available for the Mac when I bought it:  Write and Paint.  I wrote the sermon I delivered on Pentecost evening in the chapel of my home church on that computer using Write.  Because my sermon was longer than 8 pages (double spaced, larger font), the program crashed and I had to rewrite the sermon that Sunday afternoon.

And all these years I have continued through thick and thin to use a Macintosh computer, even in those years when Apple fired Steve Jobs and everyone was predicting its demise.  But then they brought Steve back and he created not just products but an entire culture that interlocks many aspects of our lives.  We bought Apple stock a while back and are glad we did, but more than that we have felt a particular connection and appreciation for the genius of their CEO.

In our house, we will miss him and his infamous keynotes he would give twice a year on the new hardware and software offerings from Apple.

His untimely death is a tremendous loss for our world.

One thought on “The Creative Genius of Steve Jobs”