We awoke early this morning to get in line for the buses to the entrance of Machu Picchu, an unfinished Incan royal estate built high atop an Andean peak.  On this July day, thousands of people had made their way to Aguas Calientes, a staging area for pilgrims headed to the ruins.  Many awoke, as did we, long before sunrise to get one of the earlier buses and a few made the trek from the city.  The ruins were built by the Incas in the 15th Century just before Spaniards and Portuguese began making their way to this continent.  These ruins have preserved well with only 20% needing repair from their original construction.  This site only remained inhabited for about 80 years before being abandoned.  Between infighting among Incan tribes and the conquest by Spain that destroyed many indigenous communities, the builders of this agricultural, spiritual and industrious community did not stay for long. 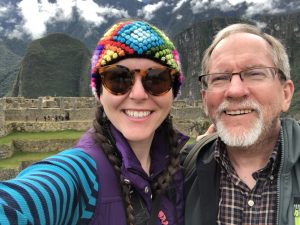 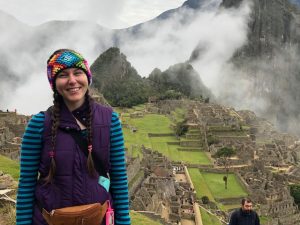 Abby in the foreground of the ancient ruins. 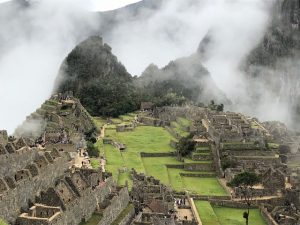 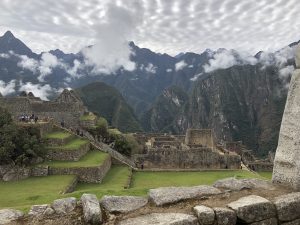 The terraces of the main agricultural portion of the city.

We had a leisurely morning in the heart of Miraflores before catching a ride to the airport for our flight to Cusco.  We settled in to the Airbnb and our host Eva oriented us to the city.  The elevation is quite high, 11,000 feet, and so she prepared us the local natural remedy, Mate de […] Continue reading →