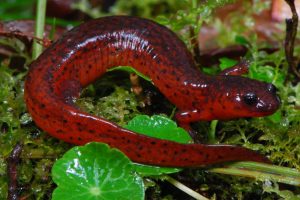 A Florida mud salamander from outside Tallahassee

For the last couple of years, I have used this blog to play around with random onscreen references to places I have lived, Tallahassee and Union Theological Seminary in New York City. I did it just for fun and as a way to have a resource when I gathered with friends to show them this phenomena. My favorite of these was the one I published most recently, from a trip Sally and I took to NYC a year ago when we got to visit the place where we met.

Today, I am turning a corner to talk about things more serious. Following the election of Donald Trump in November of 2016, I began to reflect on our democracy and the ways we choose to govern ourselves. The current news is full of the battle between a man who likely suffers from narcissistic personality disorder and who became our president and those who fear that he is seriously putting our democracy at risk. But, at least for the time-being, I want to focus not on the “news” but on the deeper disturbing issues that create a political oligarchy in our own country.

The fictional on-screen drama of shows like Scandal and House of Cards, have their truth-is-stranger-than-fiction counterpart in some of our current political landscape. There are many things I could talk about but today, but I want to turn to the rigging of elections through the faux-legal process of gerrymandering. The term is a portmanteau of two words, one the name of an early 19th century Massachusetts Governor Elbridge Gerry and a mythological salamander derived from the story of the governor trying to rig the election of a state senator for his (get this!) Republican-Democratic Party. The shape of that district was so bizarre that it was depicted in the press as a slimy salamander with wings.

Here is an image from Wikipedia that depicts how a minority party in a state could win a majority of seats if the districts are designed correctly. 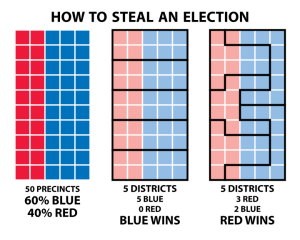 Here in Florida, even though the Democrats held a 4% margin in voter registrations in the state in the 2014 general election (39% to 35%), the Republicans won 60% of the seats that were up for reelection keeping their 65% majority in the state Senate after it was over.

Part of the backstory to how Republicans came to control the state legislature rests with work they have done every ten years following the publication of the census. In some states their work has been more heinous than in others. After the release of the 2010 census, the Republican controlled state legislature in Florida redesigned the district maps for congressional elections.

I know a little of the backstory because of a couple who joined the church I was serving in Tallahassee. They arrived because of his new job in the Legislature’s cartography office, brought on board to serve the redistricting plan they were going to design. This particular effort was fraught with how brazen they should be in enhancing the Republican majorities in the state legislature and in the US House of representatives.

The most bizarre result of that work was the drawing of a redesigned 5th District US House seat that started in the outskirts of Jacksonville and wound its way heading west to pick up parts of Gainesville, then back east to catch a corridor of additional African American voters, and ending in the outskirts of Orlando. There was even a stretch of this district that was as wide as an interstate! The purpose of the map was to create a minority-majority District with voters who more often vote Democratic. The result was to leave other districts with robust Republican majorities. Here is the map they produced for this seat: 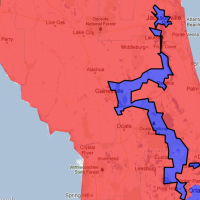 The Washington Post ran an expose on gerrymandering and gave this district the prize for being the worst of them all. Their story begins with a quote that lures you into this interesting behind the scenes tale:

Welcome to Florida, where the tentacles of gerrymandering are as tightly coiled around the statehouse as an invasive Burmese python.

The article quickly gets to the good news that this trend in state legislature is meeting strong opposition. In 2010 voters in Florida passed two constitutional amendments to require the district be drawn along more cohesive and less partisan lines which led the state Supreme Court to throw out the maps including the one above and gave them 100 days to try again.

The political rancor in our country has some of its origins in the anti-democratic efforts of state legislatures to create districts that make certain one party will win. They create enough margins so that candidates tend to be more extreme.

The larger issue in our country is gaining some traction and the Brennan Center for Justice is a leading player in resourcing organizing efforts across the country. They just released a 31 page Report by the Brennan Center called “Extreme Maps” that looks at bias in redistricting efforts. They note the Florida Supreme Court’s intervention made a difference in the 2016 elections in both the Florida legislature and the US House of Representatives.

Common Cause continues to be the leading organizer across the country on this issue. They were instrumental in helping to organize across Florida leading up to the 2010 votes on the Constitutional amendments. And that work led to a slight change in the results in the 2016 election. The state Senate no longer has a super majority of Republicans.

More work is needed in Florida and across the battleground states to rebuild democratic principles into the fair election of those who represent the people in our decision-making bodies.