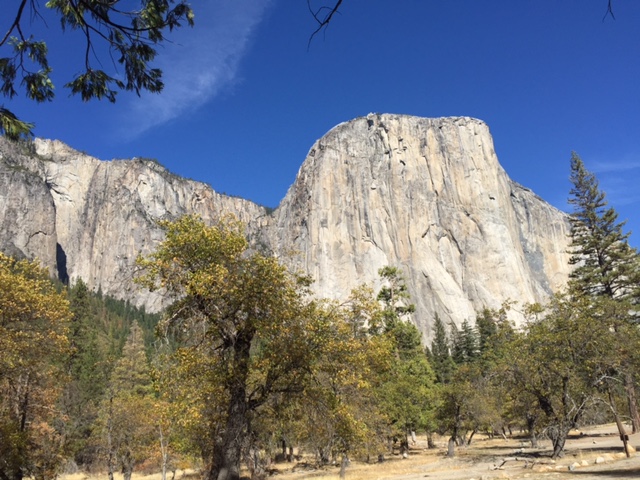 In the early 60s, Bob Dylan wrote a song that became a hit called Mr. Tamborine Man.  Mistakenly, many people thought that song was about the drug-infused culture of the time.  Dylan constantly refuted that claim.  Rather, many, who knew Dylan well, have noted that this song is about the search for transcendence by a musician seeking inspiration and self-less-ness in great musical composition.  In the middle of that song, there is this Dylanesque metaphor about hearing the laughing of joyous euphoria as one is inspired “spinnin’, swingin’ madly across the sun, its not aimed at anyone, its just escaping on the run, and but for the sky, there are no fences facin.'”

I (Clarke) am not as musical as the rest of my family, but I have found a glimpse of transcendence through the way God has brought forth the Holy in my life despite my doubts and fears, in great music and in the amazing beauty of the world God created.  John Muir, whose “Woods” we visited earlier in the week played a major role in convincing President Teddy Roosevelt to set aside these lands of the Yosemite National Park.  We added this visit to our vacation plans after going to the film festival last Thursday.  And my heart is filled with gratitude and overwhelmed with the beauty of this place.

I am ready, per Dylan, to “dance beneath the diamond sky, with one hand wavin’ free!” and as all great vacations should grant, “to forget about today until tomorrow.”