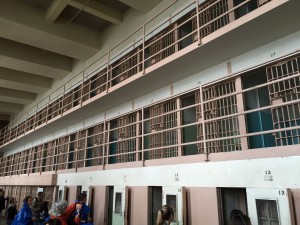 One of the cell blocks

Our last day in San Francisco, in the middle of much needed rain, we took the ferry over to Alcatraz, the infamous federal prison site.  The name was originally given by a Spanish explorer who first charted the San Francisco Bay and noted that the island was covered with seabirds and gave the island an ancient Spanish name for pelican.  Its nickname given by people who called it home was “the rock.”  It was the site of the first lighthouse erected on the Pacific coast.  In the mid 1930s it became the most famous federal prison, Al Capone its most notable tenant.  One of the pictures hanging in the old cell block had this caption:

The San Francisco Giants won the World Series and the parade was scheduled for the morning of our ferry trip to the island.  Public transportation was full to overflowing and it took us an extra half an hour to make the trek from Maggie’s house to the dock putting us on a later ferry.

The most interesting story associated with the prison was the only escape that may have been successful.  Three inmates dug through the wall and climbed up the pipes to the roof.  It was an elaborate plan that included making dummy heads to fool the guards into thinking they were sleeping in their bunks.  They were never heard from again.  Some think they drowned trying to get to the mainland, some think they went to Mexico… 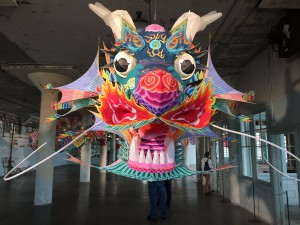 An unexpected and interesting part of the tour of the abandoned prison was the art exhibition by Ai Weiwei, a renowned Chinese artist and prisoner of conscience (to use Amnesty International’s word).  His exhibit was integrated into the buildings on the island and dedicated to prisoners of conscience everywhere.  Porcelain flowers in the toilets of the prison hospital was the most unique aspect of the exhibit.  The sounds of Hopi Native Americans chanting was piped into one prison cell in the hospital wing.  In the New Industries building on the island was a Chinese New Year-type dragon that wove its way through a large room.  On the individual panels of the colorful tail were quotes by what he considers prisoners of conscience, like himself, Nelson Mandela, Edward Snowden and many others.  A large Lego display with six panels were stretched out across the floor of the largest open room and held Lego portraits of dozens of prisoners of conscience.  At the conclusion of the tour, there was an interactive opportunity to send postcards to one of these prisoners.  Sally and I wrote to prisoners in Eastern Europe. 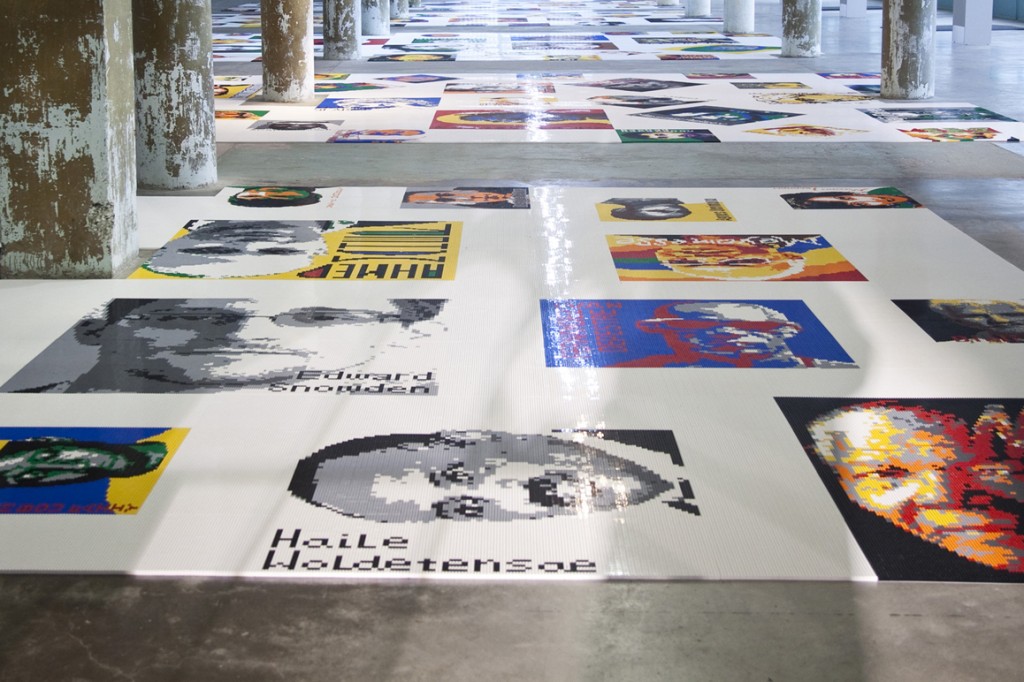 The Lego Prisoners of Conscience Exhibit the artist called “Trace”

By the time we left, the weather had cleared and we began thinking about packing up for the overnight flight back to Tampa.